Q: Are there any uncertainties on the horizon after the US election?

According to Georgia’s electoral law, a Senate candidate needs to receive 50% of the vote to be elected. Since the state will host a runoff election on January 5, 2021, the election results for the Senate will not be known until next January. However, from historical distribution, Georgia is a traditionally red state which means it basically skews towards Republicans. The Republican Party is expected to retain control of the Senate, so Congress is going to remain split.

Unlike in the past, under the influence of the epidemic, more voters in this election used mail-in voting, which delayed the announcement of results in some states. As the two candidates have close vote counts in some swing states, before the end of the election, President trump had already dropped a legal challenge, the follow-up dispute is believed to be fierce.

The most controversial election in recent years was back in 2000, when candidates from both parties received very close votes in Florida. Due to technical problems of the ballots, the votes were recounted. At the end, the case was taken to the U.S. Supreme Court. Bush took the electoral votes from Florida and became the president of 2000. It took 36 days from the election day to the final decision.

Therefore, the biggest risk scenario may be the result of the general election cannot be confirmed in days or even months after the election. Under this circumstance, the uncertainty in the financial markets may increase, business sentiment and household spending may be affected, and slow down the economic recovery. Taking the 2000 US election as an example, the economy contracted 1.1% in the first quarter of post-election 2001, reversing the expansionary trend of 1.5% average growth during the six previous months.

Q: How will the election results affect the investment markets?

A: If the result is Biden wins plus a split Congress, it may not be the most favorable outcome to the investment market. The long-awaited new round of fiscal stimulus measures may also be delayed. The market may at least wait until he takes office in January next year before he can start discussing the size of the stimulus package with the Republicans. Taking into account the 2022 midterm elections, Congressional Republicans may not allow large-scale fiscal stimulus to be passed. Short-term financial support may be weaker than originally expected, at around US$500 to 750 billion, which is relatively limited in promoting the economy. The economy may only grow by about 3% next year.

Biden's implementation of his election platform may also encounter resistance, such as changes in tax policies and strengthening corporate supervision. But of course, this would be favorable to markets if these policies are not implemented. However, Biden’s $2 trillion investment plan on infrastructure, climate change, healthcare and education may face the same obstacle.

Markets are concerned about whether the Sino-US relationship will change if Biden is elected. We believe that his initial policy focus may be on domestic with the top priority being to address public health challenges. Tensions may not accelerate in the short run. However, in the medium and long term, he may also inevitably take a relatively tough stance against China. Generally speaking, Biden’s foreign policy will be relatively predictable.

In fact, from 1928 to the present, there is no statistically significant correlation between which party controls the White House and the stock market performance. When the Democrats fully controlled both houses of Congress, the annual median return of the S&P 500 Index was 11.9%; the index rose about 10.4% when it was a Republican Congress; and still increased 10.6% with a divided Congress. It could be seen that political event results in market volatility, stock market performance is more correlated with the economy and policies.

As the election results settled, we think that market will turn back to fundamentals. The second wave of COVID-19 is the major risk the market is facing. To support economic recovery, expansionary fiscal and monetary policies should remain unchanged. The current financial condition has been extremely accommodative, but even if there is limited room for a substantial easing of monetary policy, the Fed will still support the economy by steadily expanding its balance sheet.

Overall, the valuation of stock market is quite high. Take S&P 500 as an example, its P/E is about 24 times, but overall corporate earnings expectations continue to improve. If the pandemic is under effective control, or there is positive progress in vaccines, and economic growth is steadily improving under the easing of global central banks, equities can still be over weighted. The valuations of US stocks are expected to remain elevated.

Q: What is the outlook for the US dollar, renminbi and gold?

A: The US dollar exchange rate may receive short-term support. Unlike the projection of pre-election polls, the "Blue Sweep" failed to materialize. The prospect of a split Congress reduces the possibility of large-scale fiscal stimulus. The amount of the Democrat-proposed stimulus package scaled as high as US$2 trillion to US$3 trillion, equivalent to 15% of GDP; while the fiscal stimulus package proposed by the Republican Party was only US$500 billion. The expansion of the fiscal deficit will slow the downward pressure on the US dollar.

On the other hand, we should pay attention to the impact of the simultaneous easing of monetary conditions by central banks globally on currencies. The European economy is dealing with the impacts of a second wave of COVID-19 which implies that future economic growth data may weaken. In addition, a new round of monetary easing policies will likely be launched in December, which may create downward pressure on the Euro. Apart from the new lockdown, the United Kingdom will also be affected by Brexit. Although the UK officially left the European Union last year, both parties have not reached agreement on important issues such as trade and security. The British pound may come under pressure given the possibility of a "hard Brexit." The weakening of foreign currencies may provide support for the US dollar, which is expected to break through the resistance threshold of 94.6 before the end of the year.

The renminbi exchange rate reached a 2-year-high recently with the USD/CNH briefly falling below 6.55. In addition to the prospect of reduced tensions between China and the United States, China’s domestic economy, which is leading the global economic recovery, is supporting its forex performance as well. In October, China's exports increased by 11.4% year-on-year, recording the strongest growth since March 2019. The renminbi maintains its upward trend even after the phasing out of the "countercyclical factor." The US dollar may rebound in the near term, but the USD/CNH still has a chance to weaken further to the level of 6.45. However, Sino-US relations will continue its dominance in the medium- and long-term performance of the renminbi. The possibility of a significant improvement in Sino-China relations is low under the political pressure.

As for the price of gold, the COVID-19 pandemic has been spreading rapidly since the beginning of this year, further strengthening the hedging function of gold. Capital inflows pushed the price of gold higher, which rose to more than US$2,000/oz in the third quarter. With the end of the US election and progress on COVID-19 vaccines, the market's risk-off sentiment will be reduced. Gold price may be negatively affected. If the price falls below US$1,860/oz in the near future, it may drop further to US$1,800/oz. However, the supportive long-term factors of gold prices remain unchanged. Under a low interest rate environment, demand for gold continues to grow. The fiscal policy put forward by governments globally in stimulating the economy will push up debt levels for many countries and that may further support the price of gold. 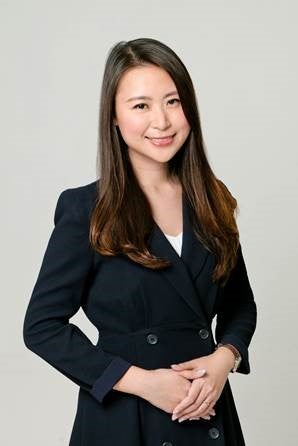 You should consider your own risk tolerance level and financial circumstances before making any investment choices. If you are in doubt as to whether a certain fund or product mentioned in this document is suitable for you (including whether it is consistent with your investment objectives), you should seek legal, financial, tax, accounting and other professional advice to ensure that any decision made is suitable with regards to that your circumstances and financial position, and choose the fund(s)/product(s) suitable for you accordingly.

The information contained in this document has been derived from sources believed to be accurate and reliable as of the date of publishing of this document, and may no longer be true, accurate or complete when viewed by you. The content is for informational purpose only and does not constitute an offer, a solicitation of an offer or invitation, advertisement, inducement, representation of any kind or form whatsoever or any advice or recommendation to enter into any transactions in respect of the funds/products referred to in this document. This document is not intended to be relied upon as a forecast, research, or investment advice regarding a particular investment or the markets in general, nor is it intended to predict or guarantee the performance of any investment. The information does not take account of any investor’s investment objectives, particular needs or financial situation. You should not consider the information as a comprehensive statement to be relied upon. All expressions of opinion and predictions in this document are subject to change without notice.

Subject to any contrary provisions of applicable law, neither the companies, nor any of their affiliates, nor any of the employees or directors of the companies and their affiliates, warrants or guarantees the accuracy of the information contained in this document, nor accepts any responsibility arising out of or in connection with any errors or omissions of the contents set out in this document.

Source of this document is from Principal Asset Management Company (Asia) Limited.

This document has not been reviewed by the Securities and Futures Commission. 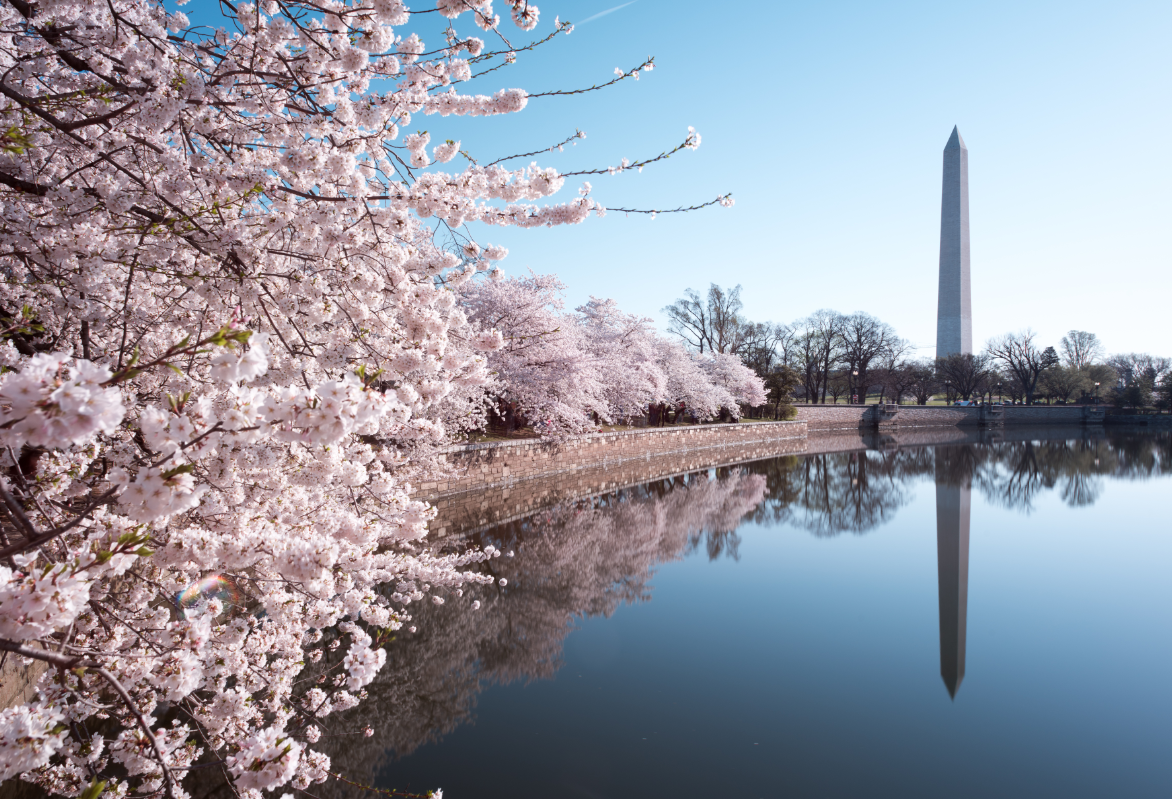 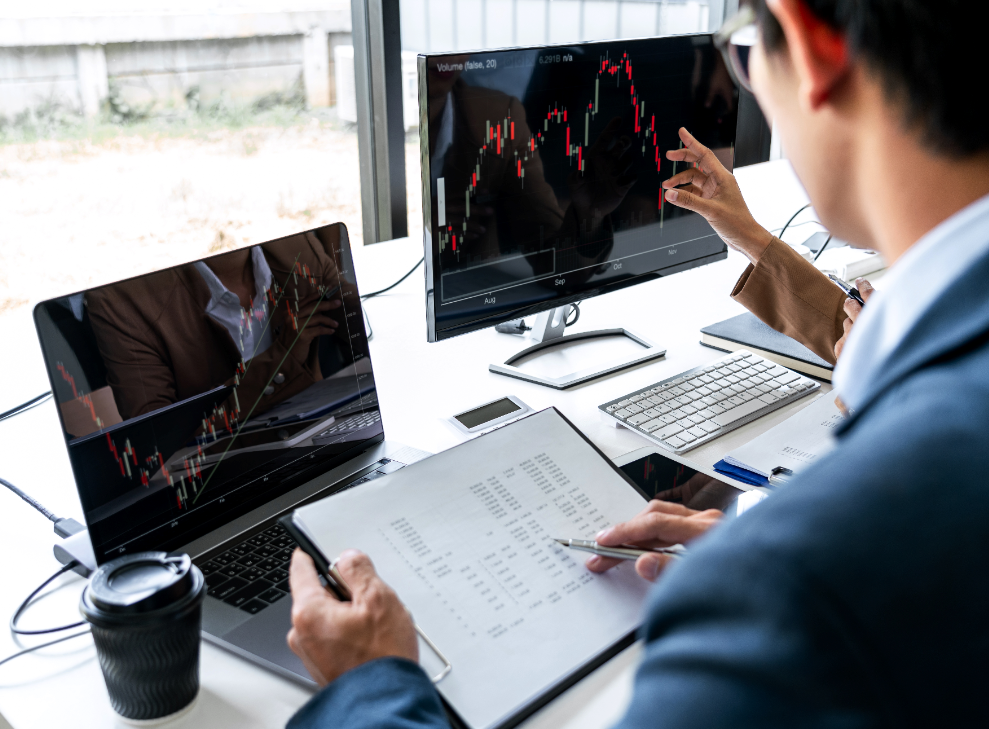 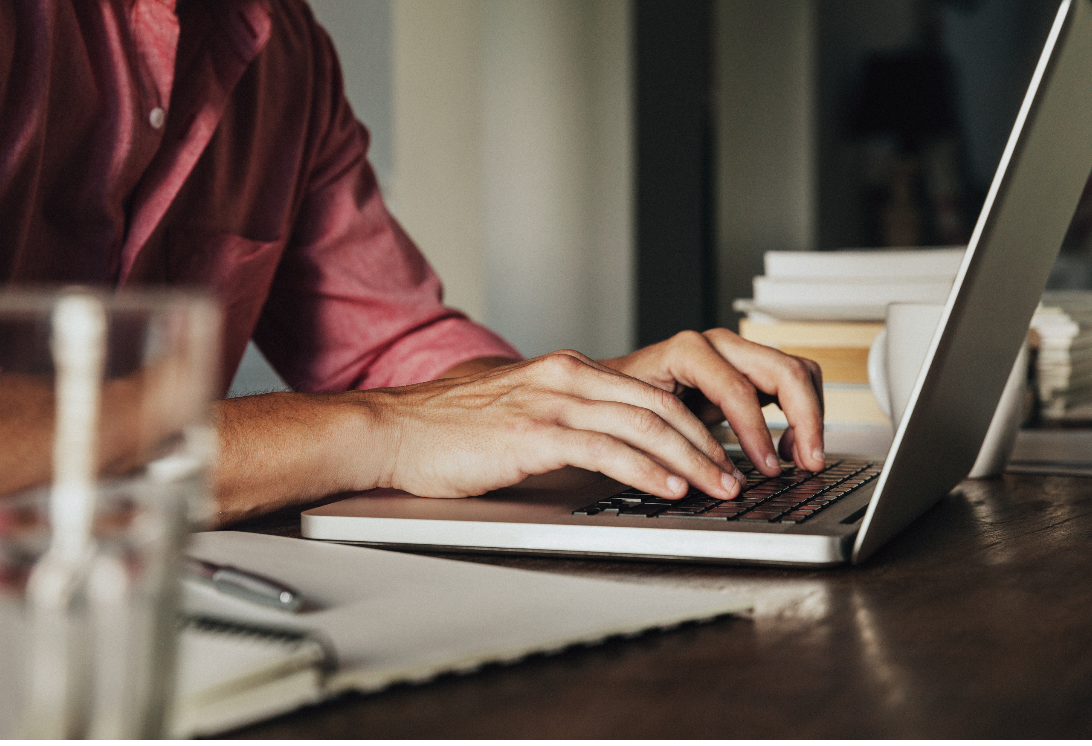 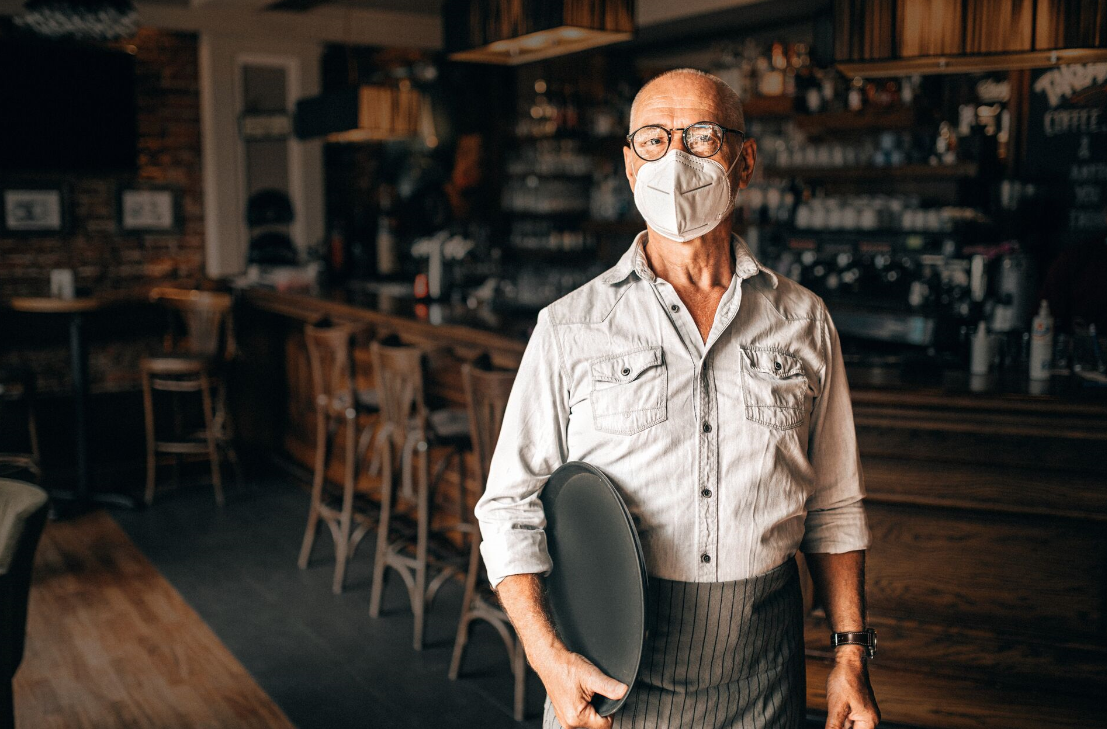 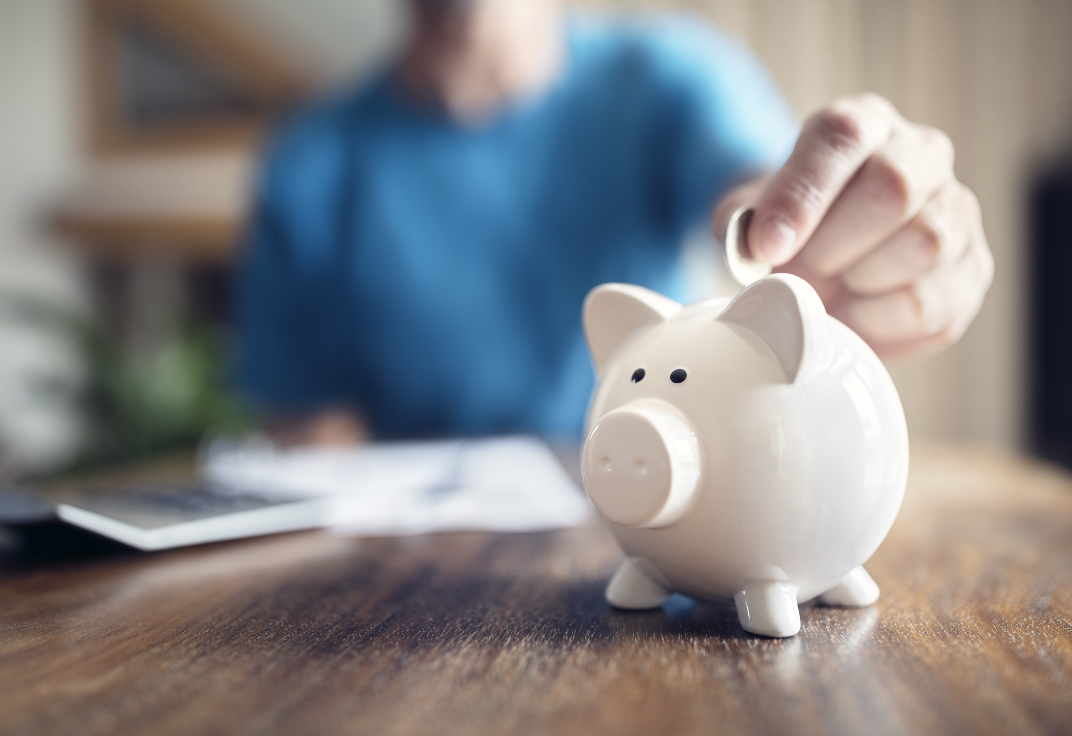 Start investing in your financial future

We need your basic information to get started!